It seemed to me at the strt of the weekend that something seriously needed doing about this bit of garden: 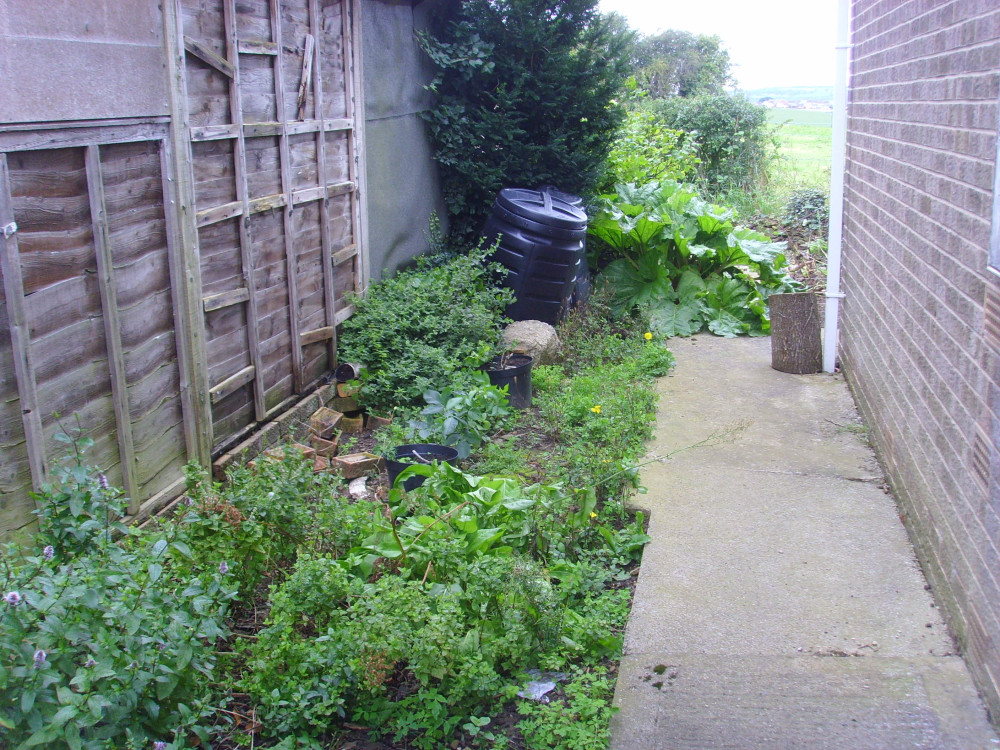 Improvement made. Pity I can't get rid of the huge lump of concrete; spot its new hiding place... 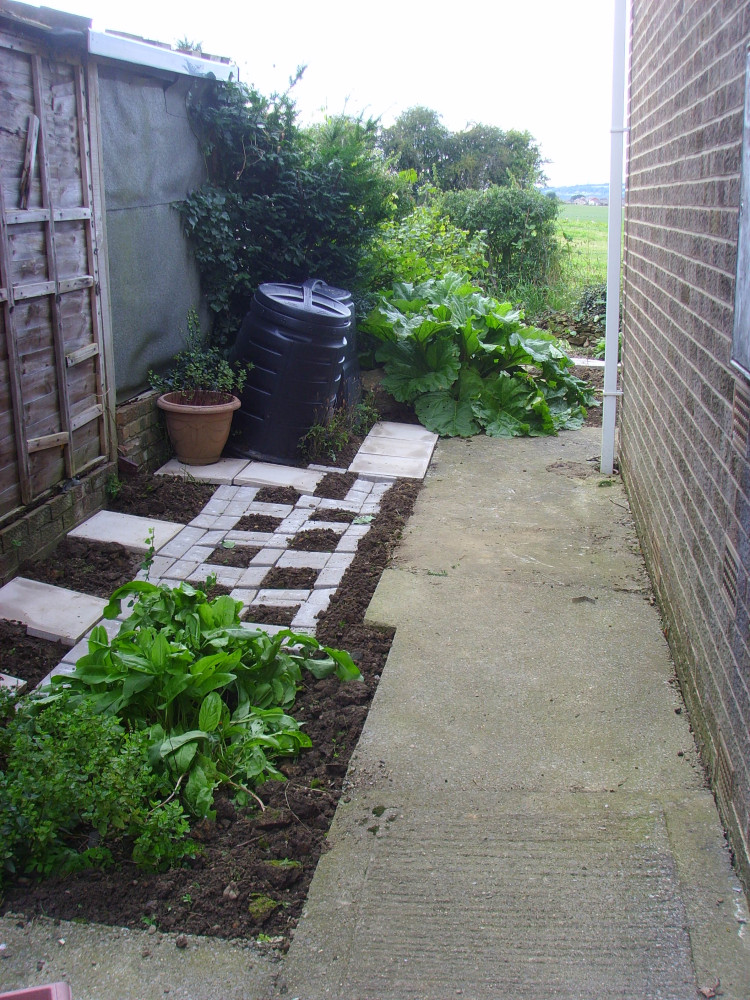 I clean and cook like crazy for 3 days before my aunt visits, and when she leaves 48 hours later every possible utensil is dirty and there is food everywhere.

There is also the usual logistical problem that in preparing the aforesaid food and cleaning the aforesaid house I used every single tea towel and cleaning cloth I possess. Since the process only ever ends shortly before her arrival, these were therefore in the washing machine on her arrival. They now need to be rinsed, but this cannot occur because if the washing machine spins it throws everything waiting to be washed up off the draining board. However, I cannot wash the items on the draining board because the tea towels which I need have to be rinsed by the washing machine first.

Finally got round to watching last Sunday's Dr Who. If you are coming down the A57 from Grindleford and want to pick up the A61 to Hillsborough, why would you take the road under the M1???

I guess it's physically possible, unlike cycling over Garrett Hostel bridge in 2 directions at once...

So I turned left.

And so it took longer to return to my ship. I was only five minutes late back on duty. Only five minutes. Not a major problem, really. OK, if I had been on time we might have been able to tow the New York back into dock after its anchor cable snapped. Then it wouldn't have crashed into that bloody luxury liner (which was resposible for the whole thing anyway)

But it's not like it was important. The Titanic was repaired after minor damage, I've watched it cross the Atlantic 100 times.

It's been many years since I've written a fanfic and published it. This isn't a particularly good Dr. Who fanfic, but for the record...

She didn't tell me to turn left.

She told me to turn right. So I turned right. It took longer to return to my ship. So that I was five minutes late back on duty. Only five minutes. It's not as if caused a major problem. I suppose if I had been on time we might have been able to tow the New York back into dock after its anchor cable snapped. Then it wouldn't have crashed into that bloody Titanic (which was resposible for the whole thing anyway)

But it didn't affect anything in history anyway, Nothing happened to the Titanic because of my decision, it was repaired after minor damage, I've watched it cross the Atlantic 100 times.

Hmm. Thirty years ago I remember writing a piece of fanfic about how the Master was the one who started rebelling against every convention of Gallifrey, and the Doctor initially just followed him :)

Well, sod it. In the UK it may be usual to remove them from past Year Lists when they get lumped, but I think the ABA has a much better idea, and I'm going to keep my year lists according to the rules of the year they were listed in.

On a plus note, I no longer have any reason to make an expensive trip to Cornwall this half term for the Hudsonian whimbrel. And those who already have must be furious.

Article in a national newspaper saying that GPs are seing a lot more patients than normal, in fact loads, with a nasty cough. Now, obviously some people who are immunosuppressed will need to consult their doctor in these circumstances (though I thought it was generally the specialist dealing with the cause of the immunosuppresion). But it seems as if healthy people are wasting public money going to the GP just because they have a nasty cough. I hope this is not true.

But I have a horrible suspicion that it might be.
Collapse